LEO Matters from May 2021 in desktop published format. Edited by Hilary Caminer and published by Bernard Behr.

Contents: (Clicking on the highlights below will take you straight to the page containing the item highlighted. – Note on slow Internet connctions this may not work and you will be taken to page 1 in all cases).To open the whole document click on the image of the front page.

2021 marks LEO’s 70th Anniversary Year – unfortunately the Trustees felt they had to postpone the Reunion from 2021 but replace it with a series of Zoom events to celebrate the events of 1951 (see the post on the new Zoom dates) The new date for the Reunion at the Victory Services Club is Sunday, 10th April 2022

There is a revised date for our Reunion –   Sunday, 10th April 2022. Details will follow

On 15th February 1951, a LEO diary note read: ‘It can be said that on this day, LEO performed its first programme before HRH Princess Elizabeth.’

LEO I was still under development at that time but later in 1951 LEO ran its first programme.

The Society Secretary wrote to the Queen earlier and received this reply a few days ago.

Ernest Lenaerts who was one of the designers of LEO I kept a detailed diary with technical notes and recordings of events left the following entry in his record of 16 February 1951
16-2-51
HRH was no more and no less impressed than I had expected. The information printed by the Teleprinter was unintelligible except of course for the message printed at the bottom which provided some light relief. Fortunately LEO made few mistakes – obviously not subject to stage fright and the Demo went off smoothly. A little more interest was shown I think in the interior of the machine when she saw the complexity of the circuits – how many of this machines like these in existence?
Only one other in working condition – No others on commercial clerical problems. This auspicious occasion called for an enormous improve in general tidyness of the lab and I must make an effort to preserve this. My own desk was clear for the occasion – the first time in months. Work on the machine can go ahead again and I have been given a more or less free hand to proceed on which problem I deem the best tackled first. The object will be to bring the machine  to full operating condition as soon as possible so that Caminer & Co can get [[weaving]] on some of the programmes that they have kept up their sleeves for so long. The first and most obvious fault to be cleared is the corruption in the Teleprinter which I Think are due to breakthro in the output Unit. Other troubles to be cleared are occasional “1”s being added into the store. These have the effect of spoiling all of the test programmes received from Cambridge ” 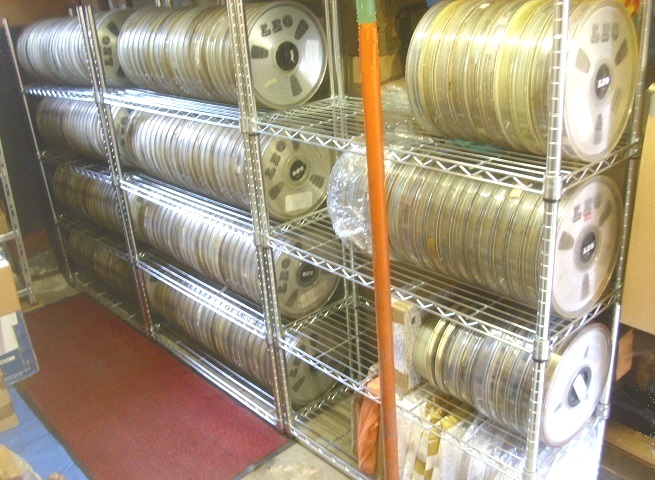 Each year the CCS looks for a selection of films and videos relating to the History of Computing. This year, following on from the October’s lecture “The Evolution of LEO, the World’s First Business Computer” we’re taking a look at LEO on film.

This year’s programme gives us a chance to see how others and ourselves in the computer industry view and depict our chosen work environment. We’re grateful to the Computer History Archive for permission to use two of their “reels”. We have “gleaned” other items from public sources. Thanks too to Peter Byford of the LEO Society for suggesting, encouraging (and chasing me up) on the theme of this year’s show.

About the speaker
Dan Hayton is the CCS’s media manager and is usually to be found at the back of the room with a video camera. Once a year we release him from this duty and allow him to take centre stage – partly because he has earned a rest from his normal duties, but mostly because he is an entertaining raconteur who delights his audience. Apart from his role in the CCS he is also a leading member of the Newcomen Society and of the Greater London Industrial Archaeology Society. A man of many talents, not to be missed.