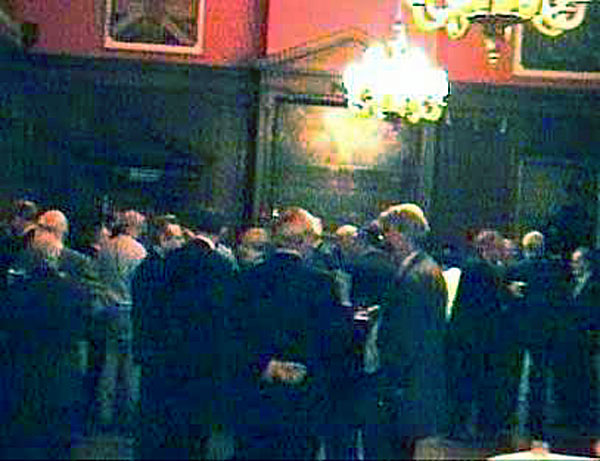 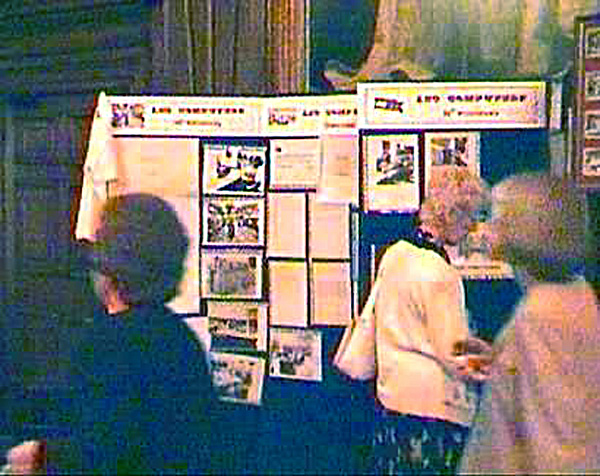 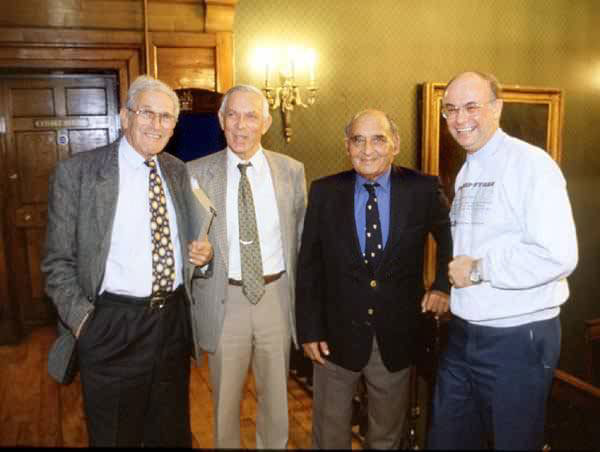 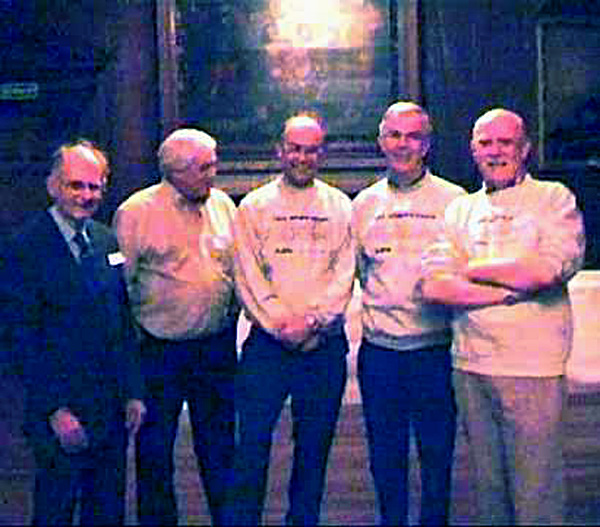 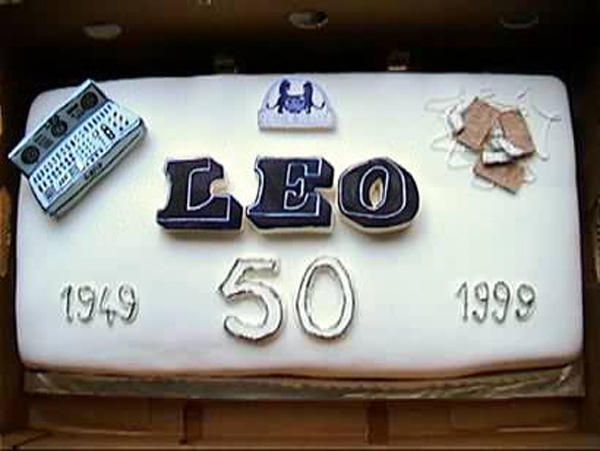 Some 120 LEO people attended the what was probably the 10th (organised) LEO Reunion at the normal venue of the Honourable Artillery Company’s elegant headquarters in the City of London. Guests started to arrive from 6pm onwards. They were able to look at display boards showing photos, letters and documents including letters from those who could not attend , press cuttings and other documents sent to the Society. In the side (medal) room a video was playing of LEO 1 which had been produced in the fifties. Long tables carried a display of LEO memorabilia; some of the documents and photos stored at the National Computer Archives at Manchester University and the artefacts lodged for safekeeping at the Computer Conservation Society at Bletchley Park. The side room also contained the bar which was naturally popular. A brilliant LEO Anniversary cake had been made specially for the Society and this was on display in the main room.
The main activity for these reunions is renewing old acquaintances and swapping reminiscences and this was actively carried out, slightly interrupted by the usual hot buffet at around 9pm. The latter part of the evening was taken up by speeches to celebrate the 50th anniversary of the inception of the LEO Project in 1949. It was good to see that three members of the 1949 Project team were able to attend, David Caminer, Ernest Kaye and Ray Shaw.
The first speech was by Brian Oakley CBE, Chairman of the Computer Conservation Society, who gave an interesting talk about the early days of British computing including what influences were likely to have driven the key members of the original LEO Project. Brian was followed by David Caminer OBE , who had been Director of LEO Computers and later a Director of ICL, David gave a fascinating and amusing insight into the early pioneering days of LEO. This was the first LEO Reunion since the death of John Pinkerton, and all the speakers had paid tribute to the enormous contribution John had made to LEO and indeed Commercial Computing. John had attended all previous Reunions and had universally been held in high regard.
John’s widow, Helen, had accepted an invitation to attend the Reunion and she delighted the audience by cutting the Anniversary cake and giving a short talk complimenting the LEO people for being “pioneers” in such exciting times. This was followed by two briefings by Society members of future activities. Bob Melling reported on the efforts being made to inaugurate the ANNUAL JOHN PINKERTON MEMORIAL LECTURES under the sponsorship of the IEE
The final briefing was by Frank Land who told members about the proposal for a LEO 1 jubilee event to be held in late 2001 to celebrate the 50th anniversary of the first operational running of LEO 1, and the world’s first regular routine office computer job The evening finished, rather reluctantly, at about 11pm.
THANK YOUs
To Brian Oakley, David Caminer and Helen Pinkerton for their speeches.
To Committee of the LEO Computer Society, Peter Byford, Dick Warren, Frank Kelly, Geoff Parry, Bob Stevenson for all their efforts in making the event so successful.
To Jon Agar, the Archivist at Manchester, for bringing a selection of the documents to the Reunion and Frank Kelly for retrieving the artefacts from Bletchley Park.